You are here: Home / crystalline lens

What is the Crystalline Lens?

The crystalline lens is a transparent structure of the eye filled with proteins called crystallins. By changing shape, the lens bends, or refracts light onto the retina to create clear images of objects positioned at various distances.

The lens has an ellipsoid, biconvex shape. An ellipsoid is like a sphere, but flatter in shape, like an olive.

In adults, the lens is about 10mm across at the axis and 4mm from front to back.

Biconvex means the lens is curved outward on both sides.

The lens is composed of four layers.

Because the lens must be clear, it contains no blood vessels. The lens relies on the aqueous humor for nutrition and waste removal.

Where is the crystalline lens located?

The lens is located behind the iris and in front of the vitreous body.

It is suspended by ligaments called the zonules of Zinn. The delicate, yet strong zonules connect to the ciliary body to suspend the lens in position. The ciliary body contains muscles that encircle the entire lens.

How does light travel through the eye?

Light rays begin traveling through the cornea. The cornea bends, or refracts, the light and passes it through the pupil to the lens.

The lens changes shape to continue bending the rays and focuses the light onto the retina.

Why does the crystalline lens change shape?

Unlike the cornea that has a fixed shape, the lens changes shape to enable the eye to focus at various distances. The ciliary muscles control the convexity (outward curvature) of the lens in response to the distance of the object being viewed.

How does the lens change shape?

When viewing objects up close, the ciliary muscles contract releasing tension on the zonules. When the zonules loosen, the lens thickens, or becomes rounder in shape. The increased curvature of the lens gives it the highest refractive power to enable us to focus on objects up close.

The change in the shape of the lens to view objects at near is called accommodation. It is part of the accommodation reflex.

The accommodative process of the lens is usually smooth and effortless.

When changing focus from far to near, the ciliary muscles quickly contract to create a clear image of the object up close. Then, looking at something in the distance, the muscles immediately relax to make far objects clear again.

Common Conditions of the Lens

As we age lens fibers grow denser and less elastic. The lens becomes stiff making it more difficult for the ciliary muscles to change the shape of the lens causing impaired vision.

This process of the aging lens is called presbyopia. It begins in the 20s, but is barely noticeable until around age 40.

A gradual clouding of the normally clear lens is called a cataract. As light passes through the cloudy lens it cannot focus clearly on the retina and creates a hazy or blurry picture. 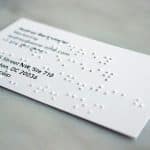 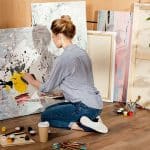 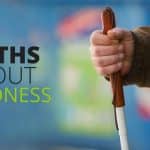 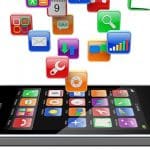 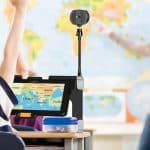