You are here: Home / Blind / Can Blindness Be Cured? 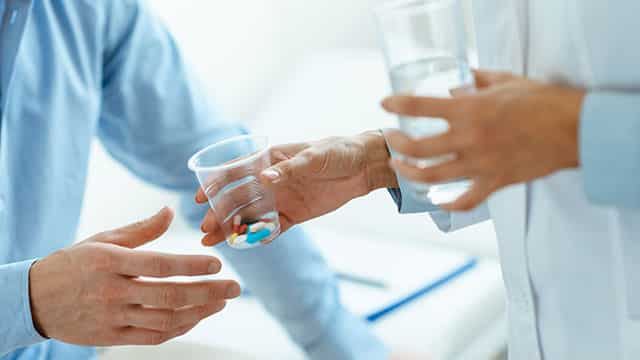 The answer depends on what type of blindness or visual impairment you have and your distinct medical condition.

First, we need to understand the difference between refractive errors which can be treated or corrected and retinal degeneration disorders which may be prevented and treated in some cases but can rarely be cured.

Medical News Today’s 2015 article explains, refractive errors like cataracts, short-sightedness, astigmatism, and farsightedness are the most common visual impairments and can be fixed or treated depending on the severity and patient’s needs.

You might be wondering what exactly a refractive error is; it’s a condition where your cornea or lens is not shaped correctly and cannot bend or refract light the way it should, causing blurred vision.

In this article, we’ll discuss which forms of blindness can be corrected, treated, or prevented and those that cannot be currently fixed as well as some exciting therapies that may be a cure to blindness in the future.

What Types of Blindness or Visual Impairments Can be Cured?

Farsightedness, nearsightedness, presbyopia (age-related farsightedness where the lens gradually loses its elasticity), astigmatism and several other refractive errors can be treated and even cured through corrective lenses or surgery.

Contact lenses and glasses are the most common treatment for uncorrected refractive errors, and with continued use many people can prevent their eyes from deteriorating further. If your visual impairment is caught early on and you wear your contacts or glasses as instructed, you may correct your vision.

Refractive surgery, also knowns as LASIK, is one of the most effective cures for many refractive errors including farsightedness, nearsightedness, and astigmatism. LASIK has been known to restore vision to those with refractive errors that are so severe the person was considered legally blind. Moreover, LASIK is less expensive in the long run for most people who usually just need reading glasses after surgery instead of the continued costs of corrective lenses.

Cataract, a condition where the lens of your eye becomes cloudy, is another refractive error that is curable. However, cataracts often go untreated, resulting in one of the leading causes of blindness across the world.

According to a 2018 report in Healio, “out of 36 million people who were blind in 2015, cataract was the cause in 12.6 million people.” Surgery, which entails removing the damaged lens and replacing it with an artificial lens, can restore eyesight to someone who has cataracts. Unfortunately, many people cannot afford medical care let alone surgery to correct their cataracts.

Other disorders and diseases

Several disorders and diseases lead to blindness, but most of them can be prevented or corrected. Sadly, there’s a small number of disorders that cannot be fixed, treated, or prevented but future medicine holds great promise.

What Types of Blindness or Visual Impairments Cannot be Cured?

Some forms of blindness, such as glaucoma, can be treated through surgery, therapy, and medication but cannot be cured.

Meanwhile, a few visual impairments cannot be corrected, but technology like smart glasses are reinventing the way the blind see the world around them and there are therapies in the works that may cure blindness.

“Most retinal degeneration disorders cannot be corrected or prevented because they cause gradual damage to the retina and sometimes the optic nerve.”

Your retina can be treated with surgery and therapy, but the underlying cause of damage (age, genetics, disease) will continue to cause deterioration to the retina. There are no current treatments for blindness due to damage to the optic nerve.

Retinitis pigmentosa are a group of rare genetic diseases that cause people to gradually lose their vision from birth to adulthood. At the moment, no cure or treatment is available to slow vision loss from retinitis pigmentosa.

But there is hope!

Stem cell therapy has already been used to successfully restore vision to people with age-related macular degeneration and physicians hope to make the surgery a common practice.

In a recent trial, scientists successfully used stem cell therapy to improve the vision of those with retinitis pigmentosa and it’s giving hope to millions for a cure in the future.