You are here: Home / Blind / How to Play World of Warcraft Blind (Without Sight) 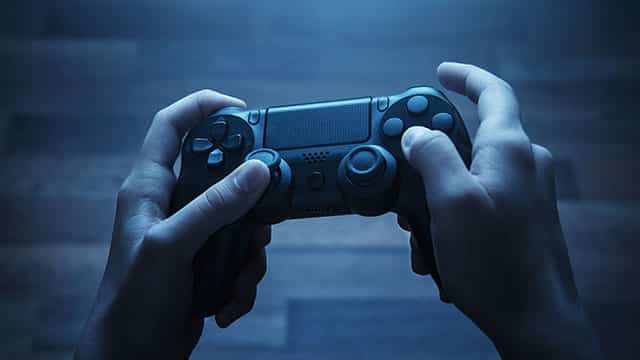 A few months ago, I started to do some research on how viable it would be for a blind person to play World of Warcraft; however, I wasn’t able to get a lot of information, which is understandable. Additionally, I tried to reach out to some other blind players, but it was more difficult to get in contact with them than I thought. As a result, I started to do some more in-depth research on the information already provided by some blind players while trying to fill in a lot of missing information with my prior knowledge of the game, and I was able to find a few addons, macros, and general tips along the way.

The following information is what I have compiled throughout the past few months. However, I have not been max level for very long; therefore, this is not a comprehensive list of everything that is needed, but it is a good start.

World of Warcraft is not very accessible

Before we get into the following information, I want to say that WoW is not very accessible when it comes to playing the game completely by yourself. If you never played the game with sight, it might be not worth the trouble because there is a relatively large learning curve. In my situation, I remember playing the game when I was able to see, and it is still fun to me without sight.

You should expect to need help with things like:

Despite that, if you play with a friend, it is definitely possible and enjoyable.

From what I have found, the Battle.net launcher is not really accessible when it comes to navigating it, but once you get logged into your account, it keeps the information and you just have to press enter to launch WoW.

Next, you will need assistance creating a character, but once the character is created you just press enter to enter the world. Then, you can follow your friend around to navigate the world, do quest, dungeons, and more, or you can stay in and around a zone for a little bit to farm mobs for XP.

If you want to see me play the game, I will link a YouTube video showing some gameplay, or you can check out my Twitch stream sometime.

You can download the Twitch desktop app to easily download addons and, from my experience, it is screen reader accessible.

The following list of addons are compiled from researching articles and forums on other blind players along with some other addons I thought might be useful. However, I have not used all the addons yet.

1. DialogKey. Allows you to use the space bar or any other button to accept things like group invites. It also lets you use the numbers on the keyboard to navigate certain dialog boxes. For example, you could press 3 to select a certain quest reward.

2. GTFO. Gives sound alerts if you are standing in something that you shouldn’t be standing in, and it has other alerts.

3. MiksScrollingBattleText. Allows you to set sounds for many things like cooldowns and low health.

4. RangedDPS. Someone mentioned this addon, but I couldn’t find it on Twitch.

5. RangeDisplay. Lets you set sound alerts to notify you if you are in range or out of range.

6. DBM. Helps with things like boss fights, but I haven’t used it much yet.

7. DBM voice. I believe this is an addition to DBM that adds more or better voices, but I haven’t investigated it much.

8. WeakAuras2. Allows you to set sound alerts for many things.

9. TellMeWhen. Another addon that has configurable sound alerts.

11. AutoRepair. Lets you automatically repair when talking to a repair NPC.

12. AutoTurnIn. Lets you automatically accept and turn in quests, but I am using DialogKey to do the quest actions instead.

13. AutoLootPlus. Can help with looting.

14. GladiatorlosSA2. A PVP addon that tells you what abilities an enemy is using.

15. Azeroth Auto Pilot. Helps you level, from 110 to 120, quicker by telling you what quests to take, and it helps to make things easier by auto accepting and turning in quests along with taking the correct flight path or boat path.

16. AudioQs. An audio based healing addon, and it also has cooldown alerts. For dungeons, it will say the numbers 1-5 with 1 being your health and 2-5 being the party member’s health. Once someone drops below 90% health, it will start saying their number, and the lower the health someone is, the faster their number will be said. Furthermore, the F1-F5 keys correlate with the numbers 1-5, and that is a way to target party members. For raids, it will say the lowest three numbers in the raid. Additionally, if the voice changes from female to male, that means you can dispel that number. Thanks to Yewchi for making this addon.

17. BlindAssist. Tells you if you are following, stopped following, swimming, diving, outside, inside, mounted, name of dungeon, name of battleground, and more. Thanks to Zensunim (creator of GTFO) for creating this addon.

18. SmartError. Has audio alerts for events such as, moving and can’t cast, stunned, silenced, out of range, line of sight, interrupted, and more.

19. AstralKeys. Lets other people see what mythic key you have if they have the addon as well. I think if you do either !key or !keys in the in-game chat, it will tell people what your key is.

20. Angry Keystones. Should automatically put your mythic keystone into the Font of Power.

A few more notes on addons

There is an interesting addon called Jocys TTS, which seems like it is able to read the chat window and quests, but after doing some research, it seems like the way the addon gets its information is against Blizzard’s terms of use. Therefore, I would not suggest using this addon if you come across it.

Auto Hotkey is an interesting program that helps keep your curser in the middle of the screen, which is helpful when clicking on things that you cannot target like portals, mailboxes, and more. However, this is probably against Blizzard’s terms of use as well; therefore, I would not suggest using it unless it is confirmed that it is not against the terms of use.

There was a project headed by @blindwarcraft on Twitter to try to make WoW more accessible to the blind. The project seemed like it got a good start, but the project does not seem to have been updated in a couple years. Additionally, the website, blindwarcraft.com, is not working. I am not sure what happened to the project.

32 in game WoW tips for people with visual impairments

My keybinds for a beast mastery hunter:\

/cast Aspect of the Wild

/cast A Murder of Crows

33. N= Queue for Battleground/Dungeon macro (it will queue for both at the same time):